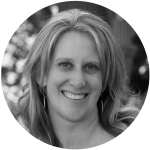 Janet Lawson began her service on the Redwood City School District Board of Trustees in December 2015.

What’s the most surprising thing you’ve learned about schools or school board service since joining the board?

Being a lifelong Redwood City resident, I’ve always been aware of how collaborative the city is. Joining the school, I was really blown away by the depth and extent of collaboration. The City of Redwood City, SMCOE, Redwood City’s Public Library, Parks, Red & Community Services, the Chamber of Commerce, Sequoia Healthcare District, local nonprofits, businesses and corporations – not just partners of RCSD but also partnering with each other to better our community. It makes me proud to be a part of this amazing community!

What’s been the highlight of your service on the board so far?

Recognizing our students and staff at awards and graduation ceremonies is always a highlight. I love to shake hands with proud students and see their beaming families at graduation and reclassification ceremonies. This year, I was honored to hand out longevity certificates recognizing staff for their length of service in our district (5, 10, yes even 35 years in our district!). It was very special to recognize them in front of their colleagues who cheered for each of them. Having the opportunity to meet Bryan Stow and his family when he brought his anti-bullying message to Hoover middle school students was also pretty awesome!

What has been the most challenging part of being a board member?

RCSD serves students from all ends of the socio-economic spectrum. We have students whose parents are top executives for Facebook, Google, etc. We also have students whose parents work two, even three, jobs and still struggle to put food on the table. It is a unique and beautiful district, but the economic disparities bring a very real challenge for the district and the board to ensure that all students have equitable access to resources.

As a newer board member, what’s one piece of advice you would give someone considering running for school board?

Get to *really* know the district you are considering running for. Attend board meetings! Meet with current or former board members, find out what their experience as been. Don’t be afraid to ask questions. And when you are elected, take advantage of CSBA’s training – attend the Masters in Governance program as soon as possible!

The Redwood City School District serves approximately 8,000 students in grades kindergarten through 8 from five contiguous areas in southern San Mateo County – the city of Redwood City and sections of the cities of San Carlos and Menlo Park and the towns of Atherton and Woodside.

There are no upcoming events at this time.